The internet existed for many years before Google was even founded. There were dozens of search engines in the world that were massively successful before Google entered the market. One of the most famous and beloved was Altavista. Altavista Search was a massively successful search engine that faced the same problems that practically every technology company faces at some point. It was able to last for many years and capture the market in a less dramatic way than Google has lately.  Let's talk about what it was and where it stands today.

PS – if you like these old school search engine chronicles, please check out my story on Lycos.com.  If you really want to take a deep dive, also read my story about the top search engines over time. 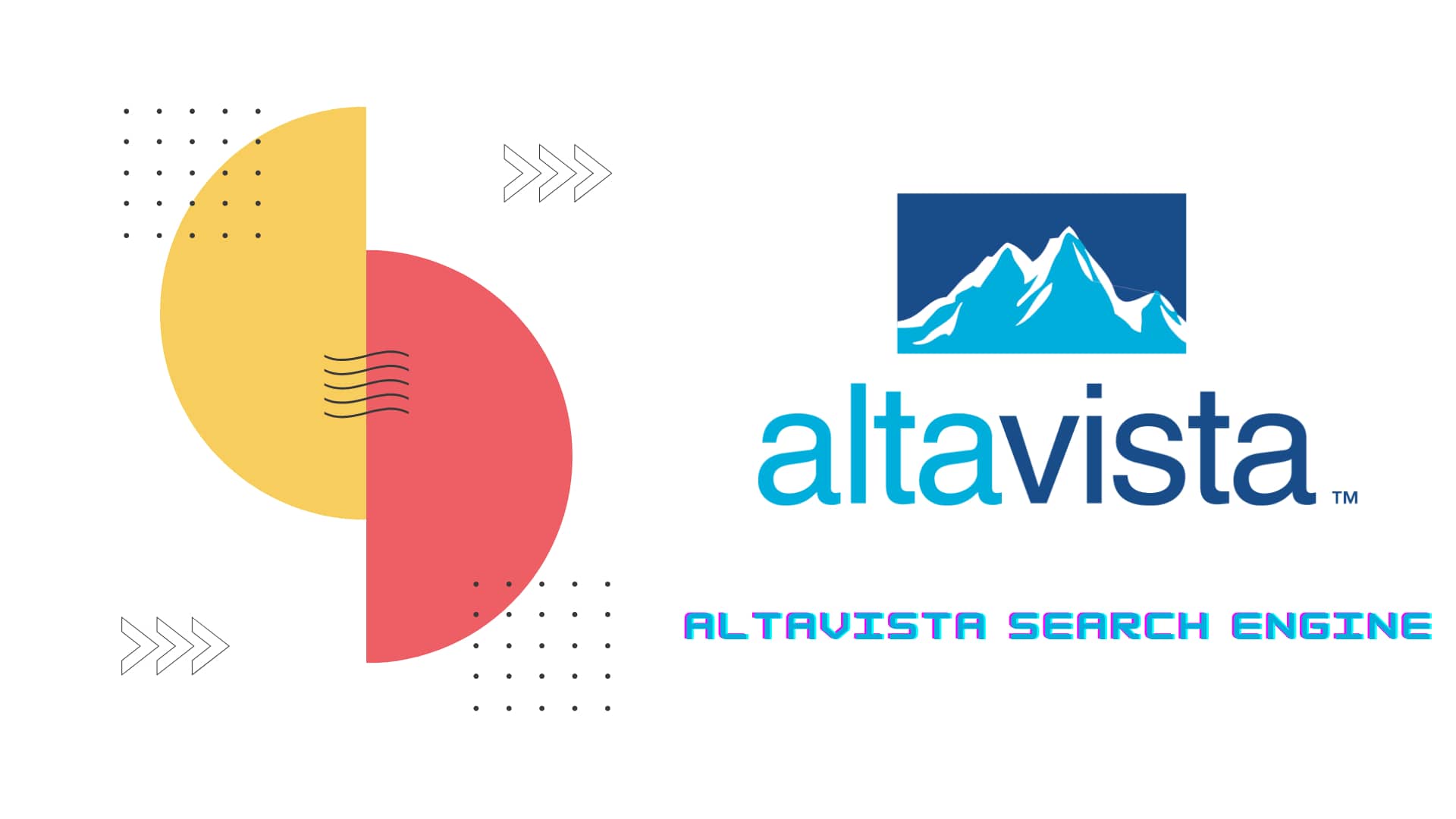 One of these was the focus on back-end use. Altavista search engine spent a considerable amount of time perfecting their back-end system. This approach allow the company to streamline and perfect their search engine operations. It allowed the search engine to be nimble and change according to the needs of its consumers. Many of these consumers were technology professionals who enjoyed the high-quality results at the company provided. Altavista also focused closely on providing a powerful web crawler application that could grow beyond the confines of the internet at that particular point. 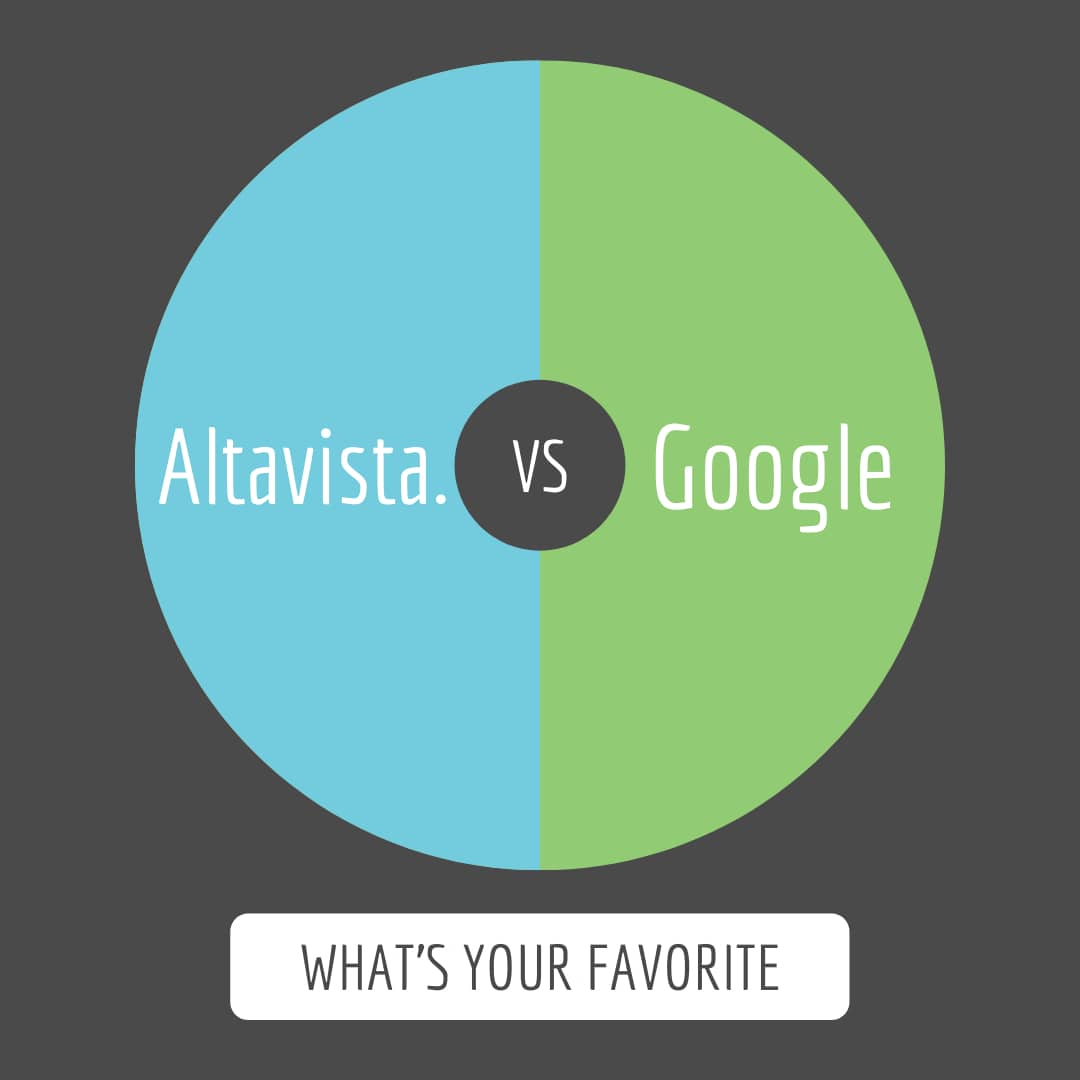 Google had many advantages over Altavista search engine. The first was that Google was keeping its interface simple just as Altavista website was starting to complicate its approach. Google became a search behemoth because it followed the earlier AltaVista website playbook and only focused on searching for several years. The singular focus allowed the company to protect its approach and slowly take over the search engine world.

Once this goal has been accomplished, the company began to branch out and find other ways to make money and draw people into its orbit. Then, the company mastered the approach of advertising and monetizing its service to become one of the largest companies in the world today. At the exact same time when Google was focused entirely on searches, AltaVista email was starting to explore new offerings.

The company began to clutter its home page with a wide variety of services such as maps, email, and easily accessible links. Altavista email was trying to follow the link of companies like Microsoft and Yahoo and become a homepage for a person's internet life. But that had never been its specialty. The company had always been one that was particularly good at searches. Once it abandoned this approach, its fortunes began to decline. Altavista was eventually purchased by another company and is no longer even in the search engine business.

There is, of course, no current comparison between AltaVista vs. Google. Google is one of the largest companies in the world. It has branched out into a wide variety of applications and side businesses such as electric cars. The company has one of the largest market capitalizations of any business in the S&P 500. It has joined Facebook, Apple, and Amazon as one of the world's largest and most imposing tech giants.

The vast majority of people do not know what happened to Altavista. But its fortunes begin to decline in the early twenty-first century and it started to face business pressure at that time.  It was one of the casualties of the tech bust that plagued the vast majority of technology companies in the early 2000s. The company was eventually bought by Yahoo in 2003.  For many years, a person could still access the home page of Altavista after the Yahoo purchase.

But all of the searches that one could perform from that website were actually provided by the Yahoo engine. It was more of a mirror for Yahoo than its own site with its own services. Many years later, Yahoo simply turn the website into a forwarding link for Yahoo itself. Yahoo is a later casualty of technology consolidation like Altavista was in earlier years. The company has faced significant troubles over the past decade and was bought by Verizon in 2013. After a massive data breach a few years ago, there is a chance that Yahoo itself may not exist in a couple years.

The story of Altavista is a cautionary tale for any technology company. Every tech company could end up being Altavista if it makes the wrong mistakes throughout its tenure. Technology companies need to find their niche and cultivate it as much as it possibly can. They need to not try and intervene into every possible avenue that they think that they can make money in. Once a company has the total market control that Google or Facebook has, interventions in other fields are perfectly warranted. They have to find a way to use all of the money that they are bringing in from stock sales and venture capital investors. But until they reach that point, a company needs to be relatively simplistic and to focus on the areas that have brought them to the success that they have. Altavista did not fail as a search engine itself. The service failed when it tried to become the next Yahoo or MSN. Its history should tell a company that filling a niche is much more important than taking over the world.