What is Lead Generation

For anyone unfamiliar with the term, lead generation is initiating inquiries or interest from consumers regarding a business's products or services. You can create leads for numerous reasons including:

I became a member of Job Killing in 2014 when Brad Campbell and Dan James were running the program. This was when my life started to change because I learned how to generate new customers for my small business. Since 2015,  I am proud to say I am self-employed. I am not surprised the program still works and remains popular . Unfortunately, the brand name of Job Killing had to be changed.

This happened due to some haters that never even joined the group. If you have any doubts as to whether or not the program is a scam or legitimate, I intend to respond to your doubts right now. The testimonials are updated every day from a private Facebook group comprised of 6,500 students. Due to the consistent live coaching calls Dan has performed twice every week starting in 2014, our community remains strong.

Take a look at my YouTube channel. I am uploading a variety of clips from Dan's weekly coaching calls. You can also see pictures from the Las Vegas event we held in 2020 including the excitement and activity.  I can assure you, Job Killing is legitimate . I believe it is important for you to understand our history and exactly what happened to the Job Killing brand name.

The History of Job Killing 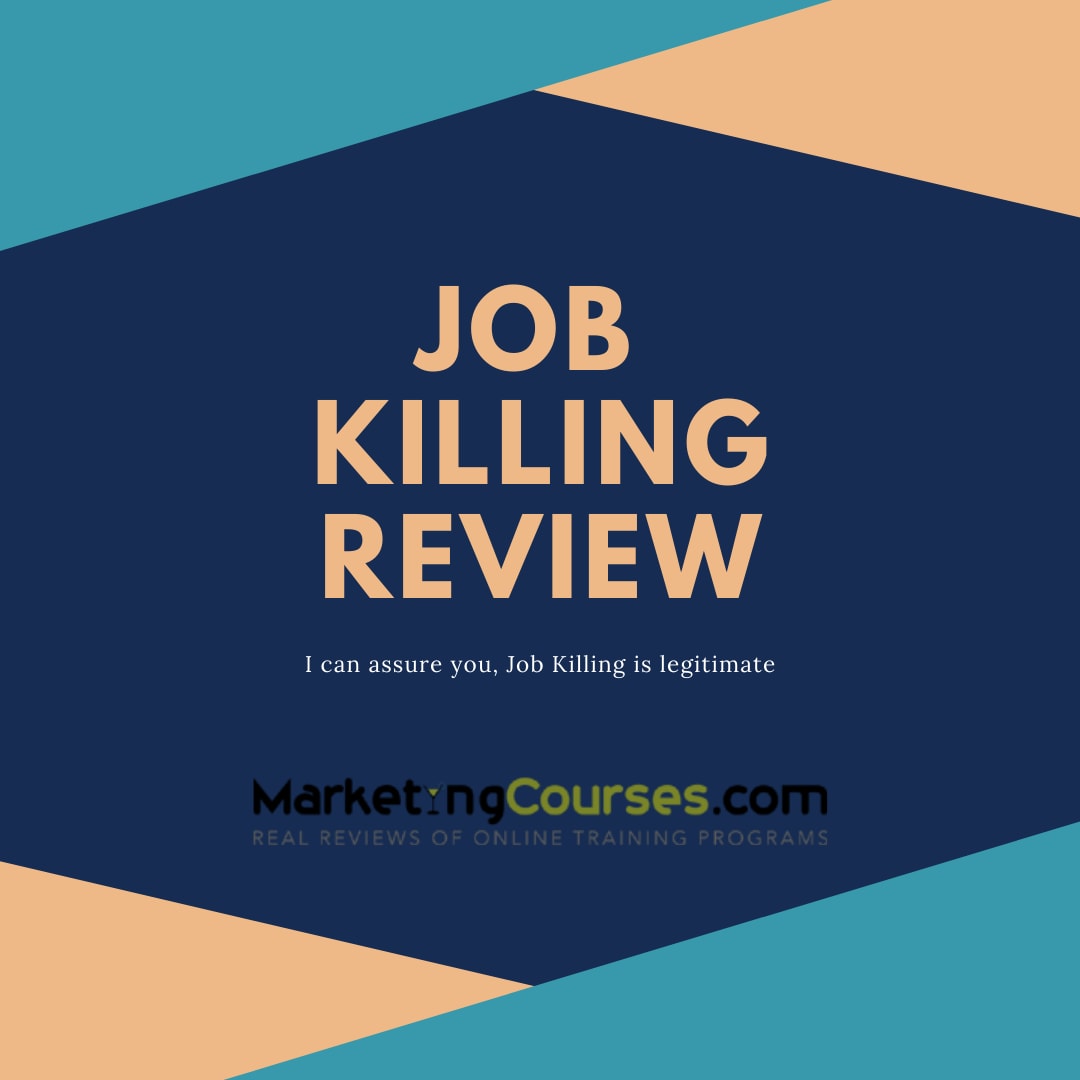 If you are wondering should you join Job Killing, the history is important.  Brad and Dan founded the company in 2014 . Dan had already established an effective business model to generate phone calls for the owners of small businesses. At this time, Brad had an amazing blog called lazymlm.com bringing in a lot of organic traffic. This was the reason Dan approached him.

This was how I discovered Job Killing. One year later, I accidentally discovered Brad's blog. Brad was promoting a network marketing company I had joined in 2013. Empower Network was a great company. I remembered Brad's blog because he is an exceptional copywriter. I continued to visit the site every once in a while until I learned about the new business model he was talking about.

Brad was able to generate new customers for the owners of small businesses. He called the company Job Killing. I was excited to join because I knew in order to make good money, I needed a skill or product capable of solving major issues. Internet marketing is difficult for all business owners all over the world due to time restrictions.

They spend so much time running their businesses they do not know how Google's algorithm works. Our service helps them reach the top of the Google rankings by providing them with more customers. The small fee we charge is irrelevant because they are making a lot more money. I started building lead-gen properties. This resulted in five clients in just seven months, so I quit my job and became self-employed.

Brad and Dan are responsible for the drastic improvement in the quality of my life . Your next question is most likely regarding the negative press the coaching program received ultimately forcing Dan behind the scenes and Brad to retire. The bottom line is people were writing reviews both fake and scams.

Should You Join Job Killing Despite the Haters? 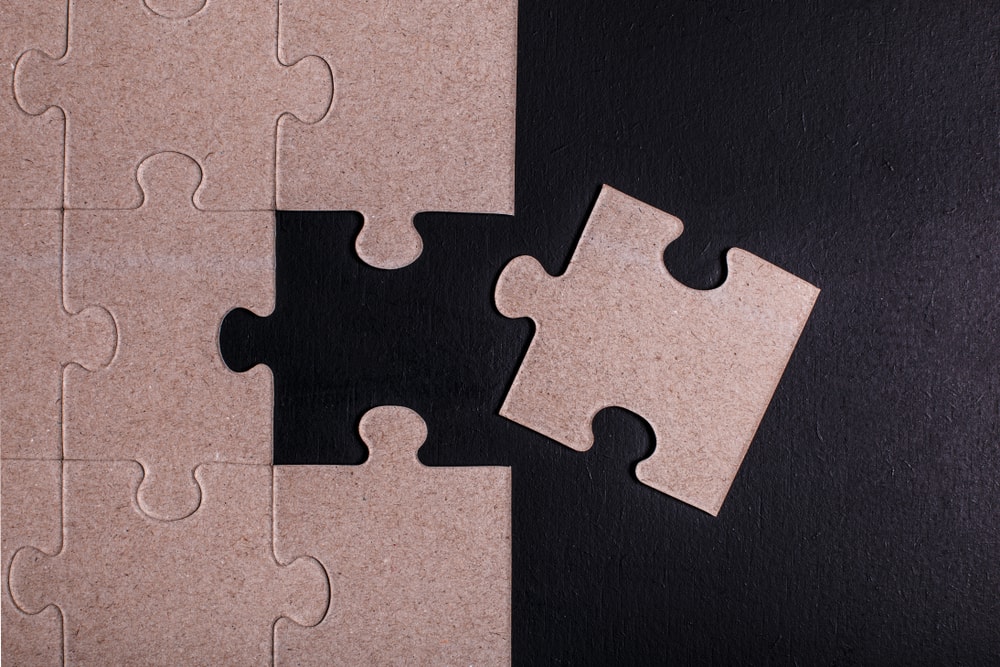 I want to begin by saying, yes. Joining Job Killing will change your life even though the brand name is not around anymore. Everything started in 2016. This was when the ad spend for Brad and Dan was more than a million dollars. There was a person that was not one of our students who started making fake scam videos on YouTube about Job Killing.

You need to understand there were very few Facebook ads for courses at this time. This was the reason these videos got so much traffic so quickly. He profited by selling his own program from stolen traffic he received because he lied about Job Killers. Everything he said about the program, Brad and Dan was complete nonsense. I think he was a little bit psycho since he continued making these videos.

The majority of videos were removed from YouTube but the conversion was still damaged. Brad quit because he was so unhappy with the negative press. About a year later,  Dan recruited me to help rebuild Job Killers . Unfortunately, we were unable to use the name Job Killers because we did not want to be targeted by the worst of the internet users. So you know, our program is stronger than ever before.

Despite the former students attempting to rip us off, we are the only original program. Our former student never quit the program. We kicked him out due to numerous disputes. I will not say anything more because I find publicly defaming anyone regardless of the reason distasteful. I do remember him though. He posted testimonials in our Facebook group when he got his first clients.

For this reason, I am certain Dan was responsible for his initial success. There are a few things he said in his video I need to address. He stated he will not recommend using the LG model for the following reasons.

I started working with this program in 2014. Believe me when I tell you my lead gen clients are the only ones that have stayed with me since then. Within six to eight months, my SEO clients usually cancel their contracts. Yes, the LG method requires a lot of time, but this is exactly why you want to use it.

Think about how you would feel if you performed SEO to rank your client's website for eight months only to have your contract canceled and all payments stopped. Your time is already gone and your only option is to start all over again. We teach you how to build properties you will own. This means once you have completed the work and spent the time, your payments will last forever.

A good example is a tree service website. Since 2015, I have been earning $2,000 every month from this site.  I have never seen an SEO client with this kind of longevity. Do not misunderstand, there are a place and time for SEO clients. We teach you how to acquire SEO clients in case you run short of cash. We refer to this as the fast money play because you can get money today.

We also believe students need to know eventually SEO clients will leave so relying on them is a mistake. You should consistently build and rank your assets since this is what will last for the long-term. We want you to have this kind of freedom and peace of mind. You can create your own assets by earning a passive income. Until you own assets, controlling your own income is impossible.

When you work for other companies performing SEO, you can be fired and your income is gone. Once you own digital properties with top Google rankings, nobody can take it away. You will always receive payment for your property because there are always local business owners.

If you are still asking what is lead generation and why is it important, I am about to tell you.  I am one of the top LG students  and have been doing this full-time since 2014. In the past, I drove a beat-up car. Now I drive a Tesla Model S P100D. At age 30, I live in a nicer house than I ever dreamed of. I am not bragging, just showing you the evidence of what I have achieved due to coaching from Dan and LG.

People make endless claims on the internet, but if you do not see evidence of their lifestyle, everything can be faked. You can see my Instagram account because I want you to know I am more than just talk.

My Relationship with Dan 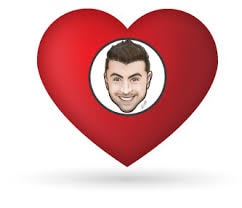 I moved to California from Michigan in 2018 to live five minutes away from Dan. This should show you how much respect I have for Dan as a mentor. During the last year, I have been lucky enough to spend more personal time with him. I also became his partner and started to promote the LG program. I know this program is exceptional and can change your life.

When I look at the results I received and all of the testimonials I have read, I know in my heart this program has changed a lot of lives. The program is even stronger now than it was before and remember I began in 2014. Working closely with Dan I have learned his ethics and thoughtfulness are rare. I find this amusing since my first impression of the man was that he was somewhat brash.

His coaching style is straightforward and honest. He tells you what you need to know as opposed to what you want to hear. Without Dan, I would not be where I am and I am still learning.  I learned his business model in three months, but I needed to learn even more as an entrepreneur . Dan is the difference between being a professional and a broke pretender.

I have heard many people claim to be a digital marketer. In my opinion, the length of time they maintained social media accounts and financial success tells the true story. Dan has shown me how many people lie and greatly exaggerate their numbers so I want to see some evidence such as a new home or car or a nice vacation. Unless I see tangible evidence, I no longer take anyone's word for their numbers.

I have become partners with Dan, teach new tips and tricks to others and help promote our program.  During the 2020 pandemic, we had our annual event in Vegas with more than 300 attendees . I have no words to express my gratitude to Dan, this program or the changes it has made in my life.

This unique course was created for small business owners and entrepreneurs interested in learning about:

Our goal is educating our clients to understand:

Once you have finished our course, you should have the ability to grow any business using our proven marketing plan.

You will benefit from the instruction and leadership of past students and entrepreneurial business owners. The course materials offer you the knowledge to not only succeed but to change your life.

I have a limo client located in Michigan that has paid me $1,200 every month beginning in 2015. I have had a consistent passive income stream since 2014 I generated from lead-gen sites. I still find it difficult to grasp just how much I have learned from Dan and the Job Killing business model. In 2019, I walked onto the stage and spoke at our annual event in Vegas. I meant everything I said.

Our business model generates small business leads by ranking websites resulting in the generation of free traffic. None of the other programs I have tried even came close including:

I have been empowered by this program because it is both scalable and repeatable. You can consistently increase your income to live the lifestyle you want. The Job Killing program is doing incredibly well. Since Dan and I live close together, we often collaborate on new group events. Our testimonials say it all with feedback as recent as 2020. Job Killing is the opportunity you have been searching for.