What Happened to Ask Jeeves?

When I got into the wild world of search engine optimization as a fresh into the game SEO consultant for a company called Web Genius, Yahoo! was the premier place to search for info, but Jeeves held all the answers. One day the popular website of AskJeeves.com just disappeared. I decided to take a trip almost twenty years back down memory lane to find out what happened to it. The Ask.com history includes a rocky journey that lead to one of the most successful search engines of today.

Why Did Ask Jeeves Fail?

The short answer to finding Jeeves is that the popular website is now Ask.com. It didn't really go anywhere, it just changed names. The search engine is there to answer any random questions

whether big or small. Ask.com in 2020 looks and feels much different than it did when Ask Jeeves hit the Internet in the late 1990s.

Siri and Alexa didn't exist two decades ago. You couldn't ask the Internet a question and hope to get an answer. A man named Garrett Gruener wanted to humanize finding information. Why should an internet search seem so impersonal? Gruener founded and sold Virtual Microsystems in the 1980s. He needed another way to explore the internet market and figure out how it could become a consumer-friendly user space. Gruener thought the idea of a virtual concierge would be enticing to people. He wanted his idea to be like the hotel employee who does everything to make a guest happy. He decided a butler would be best. This butler was named Jeeves. Jeeves was the butler of the search engine. This butler made the person at home comfortable with asking it any question. Jeeves always had an answer. Along with former Virtual Microsystems employee David Warthen, the two men launched Ask Jeeves.

AskJeeves.com was launched in April 1997. Alta Vista, Excite and Yahoo! were also search engines at this time. Gruener set Jeeves apart with its interface of knowledge capsules. There were snapshots of the most common answers to questions people asked. Ask Jeeves tried not to overwhelm searchers. It would try to refine answers. Jeeves stood at attention near the search bar. People seemed to eat it up. It was like a personalized navigation bar. People became loyal to Ask Jeeves. The site was handling 300,000 searches or more a day by 1998. A year later, this number was one million. It went public and the shares went from $14 to $190.50. Jeeves was a character. This internet character was a popular one. He was even on a Macy’s Thanksgiving Day Parade float. The site signed with Hollywood agent Michael Ovitz. Jeeves was on his way to store shelves.

The Crash of Jeeves

Jeeves didn't last long on the wave of popularity. The dot-com bubble blew wide open. It was 2001. Advertisers ran away from web development leaving many companies to crash online. In 2001, Ask Jeeves lost $425 million. The poor mascot was retired. They had to compete against Google and Yahoo. At that time, you could only ask a question to get an answer. People didn't want to write out their entire question. They wanted answers right then without much work.

Ask Jeeves didn't fall off the earth. It was reconfigured to be more of a search engine. In 2003, Gruener posted the company's first-ever profit. Google owned 32 percent of the search engine market at the time. Ask Jeeves owned 3 percent. The internet became a place where people needed answers. People asked Jeeves for more sophisticated, in depth searches. The search engine was bought by Barry Diller's IAC/InterActiveCorp giving it a different journey. Jeeves was gone. The search engine was rebranded to Ask.com. 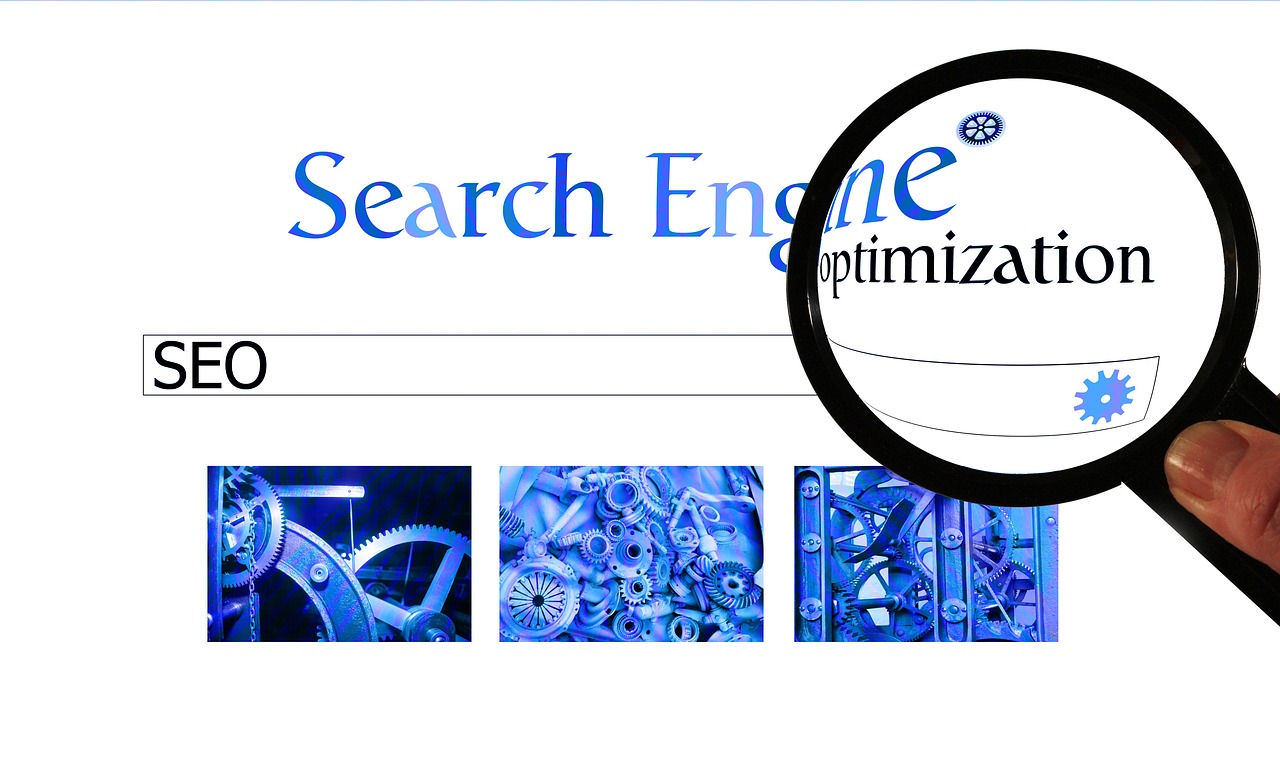 New to the world of SEO?  Read our beginners guide to search engine optimization.

Ask.com history moved forward on its own without Jeeves. In 2007, it was relaunched with a 3D look to entice users. It added the AskEraser feature which allowed users to opt-out from tracking of search queries. This also erased cookies and IP values. Ask.com was setting itself apart from the competition.

In 2008, Ask acquired the Lexico Publishing Group. They now owned Dictionary.com, Thesaurus.com and Reference.com. They even launched the Ask Kids search engine. Now kids could safely browse the web. It went on in 2010 to actually leave the search industry. It couldn't compete on Google's level. Earlier in 2010, the company, Ask, launched a question and answer community. It utilized its history of archived query date searching sites to help people find answers. The company actually outsourced to a third-party search provider.

Ask Sponsored Listings is a thing of the past. It was once the direct sales engine for the site. Now it merged with Sendori. In 2012, the site went on to purchase more companies to extend the brand. In 2012, Ask.com purchased nRelate, a content discovery start-up and About.com. They went on to purchase social networking website ASKfm. This web and mobile app generates about 20,000 questions per minute.

The Fall Of A Search Engine

Ask Jeeves was never on the same page as Google fo ra few reasons. Jeeves was a cool cartoon character, but he wasn't professional enough. People that had no clue about SEO could actually figure out a search engine. Jeeves went away leaving the site to have a more streamlined model of its competitors. This left many users confused at first missing the animated butler. Other search engines were pushed by paid search and algorithms. They had updates and criteria for SEO leaving Ask to follow at a slower pace. The final nail in the coffin at this time was that many computer can pre-loaded with Google and Yahoo as their search engine. This meant many users just stuck with whatever search browser was on their computer.

Question and answer sites were the “it” thing at the beginning of the Internet. Nowadays you just have to type in one word and the search engine practically jumps trying to figure out what you want to search. Q & A sites just instigated more searches. This meant more ad impressions. This meant more money for publishers, but the sites weren't really growing. This concept of asking questions was like trying to dig for treasure when it would be much easier if the treasure was just there on top. People didn't want to wait. People didn't want to ask the long questions for an answer.

Ask isn't your everyday search engine. It doesn't have to be on the same page as Google these days. It offers its own special features. You can use SEO, you can search, you can go through stories. On their page, it says “Discover Something New Every Day.” The Ask toolbar is also a huge tool for the site. It often gets installed, and it's there, so people use it out of convenience. It also has more personalized answers than Google. If you're a job seekers, you can ask the site all about the biggest questions. Every search engine will give you answers, but Ask provides you with specialized answers for your questions. The search engine is well known for its innovative, smart technology. Businesses benefit greatly from their website ranking on Ask.com. They can submit their site to Ask with a sitemap in XML format uploaded to the Web server. They then submit the sitemap URL to Ask.

So How Is Ask Different Than A Regular Search Engine?

Ask says their technology “looks at the Web differently” than other search engines. Google uses PageRank to rank its search results. These are ranked by popularity. Ask uses “ExpertRank”. this is a search algorithm ordered using topic communities and editorial functions. They create “smart answers.” Ask won't tell how it all works. It's top secret. This might be why it is successful. They just say the top results in the searches are determined by expertise. This means they aren't ranked by popularity. Ask also puts advertisements within the main content pane. You don't see Google's ads as quickly as they are on the right side. Ask answers questions with advanced search options. It's the same in a sense, but drastically different. They also use Smart Answers.

Smart Answers in these rankings don't show on every search. Smart answers are editorially done. Ask wants each question and answer to have an authentic feel. They want to combine each answer with automated data mining and human editorial. Human editors don't answer your every question, but they act as filters.

Ask.com didn't lose its marketing in the midst of chaos. Instead of national advertising, the site decided to focus on local markets. They launched a national cinema campaign in 2012. In Seattle, Ask launched “You Asked We Answered.” In this campaign, the site addressed residents' top complaints about living in the city. They were rebuilding after leaving Jeeves, but they weren't going anywhere but up.

Ask.com in 2020 averages a little under 100 million visits per month, which is still by all means a wildly successful website in terms of traffic. While you can search anything you wish, you can also find news and articles.

While the animated Jeeves character is gone, he's not forgotten. He's now a more sophisticated web site aimed to search for the answers to people's biggest questions of the day.