What is Network Marketing?

Since the 1940s, multi-level marketing has been a popular business model. Over the years, changes have come with the development of technology. We still see plenty of traditional network marketing opportunities that follow the original practices in the long run.

The philosopher Plato once said, “necessity is the mother of invention.” Although he stated this centuries before the concept of network marketing came to be. He pretty much described the inception of it.
Network marketing came to be in the 1940s as the result of a vitamin company called Nutralife realizing that word-of-mouth referrals were generating more sales than they could have brought in on their own.  This realization led to the creation of using a network of distributors to sell products for a company.

Since this was uncharted territory, the company had to devise a way to reward its distributors for bringing in more distributors. It was eventually decided that rewarding the top distributors with a bonus of two percent of each new distributor’s sales brought on board. Since the new organizational paradigm resembled a triangle, the practice was initially known as a pyramid system.

Over the next several decades, Nutralife experienced unparalleled growth. Its network grew to cover not only the United States but also several other countries. From profits realized by some of the most successful distributors, two new companies came to be.  In the 1960s, two top distributors founded their own company and modeled their sales in a pyramid format.  Their new company, Amway, eventually bought out Nutralife and successfully merged the two product lines. A short time later, another distributor founded the Shaklee company. The pyramid style of marketing was renamed multi-level marketing. The two companies still thrive today. 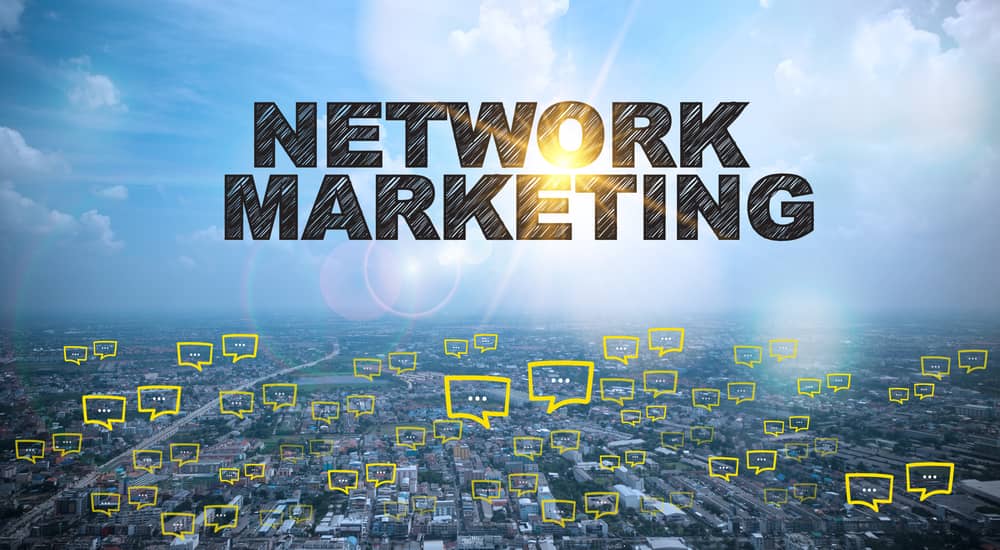 The concept spread worldwide due to its unprecedented success. Here are the basic steps in multi-level marketing:

As the new distributor realizes their own success level, they begin to recruit their friends and family as distributors operating under them. Once comfortable recruiting within their circle, the distributor begins to move outside the circle to recruiting strangers. Soon they begin to see their own profits from their growing network. The network continues to grow as long as the products remain viable. 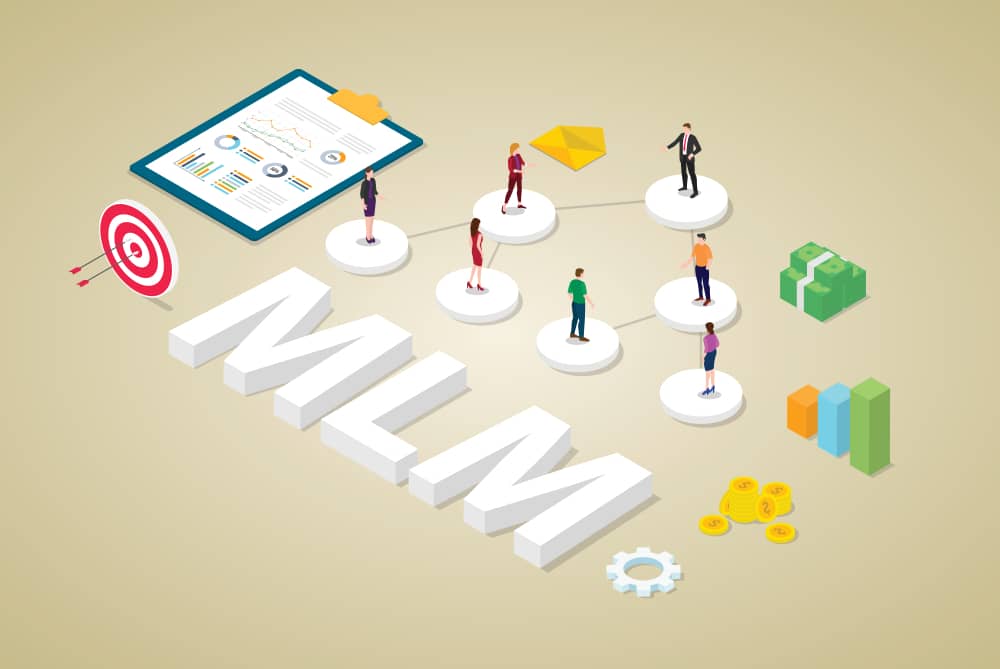 Network marketing is alive and well today. While many companies thrive using the traditional model, much of it looks far different. Since the advent of social media, network marketing has taken on a whole new look.

In the present, it will take a lot more work to build your network. Thanks to the internet, you have the tools to create a much more extensive network. The initial contact is still word-of-mouth, but it takes the form of a Facebook post.

The bigger the audience, the greater the network marketing opportunities. As you build your network, you encounter two groups of customers: those who know you and are familiar with your product and those who do not. To build a successful network, you need to expand your social media presence and build your online reputation. Once those who know you become more familiar with your industry and the products that you are offering, they will share their experiences with others, and your network grows.

A proven route to success for gaining followers is to start a blog. Initial followers share your posts with others who also become followers. The key to a successful blog is to send regular messages. Perhaps even making a video about your business that will eventually spread beyond your blog. While multi-level marketing is more comfortable in many ways, sales skills will help you be more successful.

The most successful network marketing opportunities of the 2020s come from two major industries. An estimated 61 percent of the most successful multi-level marketing companies sell products related to health and beauty. Several of these companies have been successful for years. While they have expanded to have a significant online presence and popular websites, many of their distributors are still very old school and prefer a personal touch to social media. The second most popular industry is related to items for the home. Tried and trusted names from yesteryear once again populate this niche. Any one of the companies in these industries can be considered a best MLM company to join. 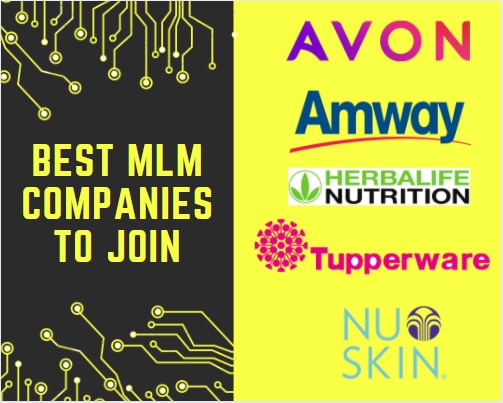 Most of them have highly recognizable brand names. Many of them have been around for decades. All of them are highly successful. If you are looking for one of the best MLM companies to join, consider one of these top ten:

Amway is still thriving after all these years. Amway offers a wide variety of nutritional supplements, beauty products, personal care and home goods. Although they do have a website now, they still rely heavily on their distributors.

For over 30 years, Herbalife has remained one of the top nutritional supplements and weight loss programs. Their distributor support system has always been one of the best. Even though they have a substantial online presence, they still take good care of their distributors.

Relatively speaking, Forever Living are the new kids on the block, but they deserve the attention. They have a broad selection of skincare, beauty weight loss, weight gain products, and an extensive line of nutritional supplements. They have found that multi-level marketing is their answer and have developed an extensive distributor network.

Tupperware prides itself on quality products at reasonable prices. Still today, they offer the best food storage containers made. They are known for empowering women through the years. Their distributor network remains strong despite an online presence, and Tupperware parties are still very much a thing.

The other survivor of the Nutrilife day is still alive and kicking. Almost 60 years after its inception, Shaklee is still known for its top-quality nutritional supplements. They also have bragging rights that few others share: Shaklee products have been on numerous Space Shuttle missions, to the top of Mt. Everest and the South Pole.

Cutco has been the largest manufacturer of kitchen cutlery in the United States and Canada since it opened for business in 1949. They offer a wide range of kitchen knives, shears, utensils, cookware, flatware and knives for sporting. They have an online presence but still prefer distributors doing home demonstrations of their products.

Known for rewarding their top distributors with pink Cadillacs, Mary Kay has produced high-quality beauty products. They have 3.5 million distributors selling in 40 countries worldwide. They have been empowering women since their inception.

NuSkin has found worldwide customers due to its line of anti-aging products. They have raised the bar in their industry. Their website is even multi-lingual, showing that they embrace the diversity of their clientele.

Pampered Chef offers high-quality kitchen tools that you never knew you needed until you saw one. Their website is more than a sales site as it provides numerous recipes in addition to their line of kitchen and cooking products. Making themselves a go-to company for unique kitchen tools and the recipes to cook them with makes them the whole package.

Scentsy is all about making your home smell better. Their line of products offers fragrances for your life. Products cover laundry, kids’ rooms, bathrooms, and every other room in the house. They empower female distributors by giving them everything they need to throw Scentsy parties.